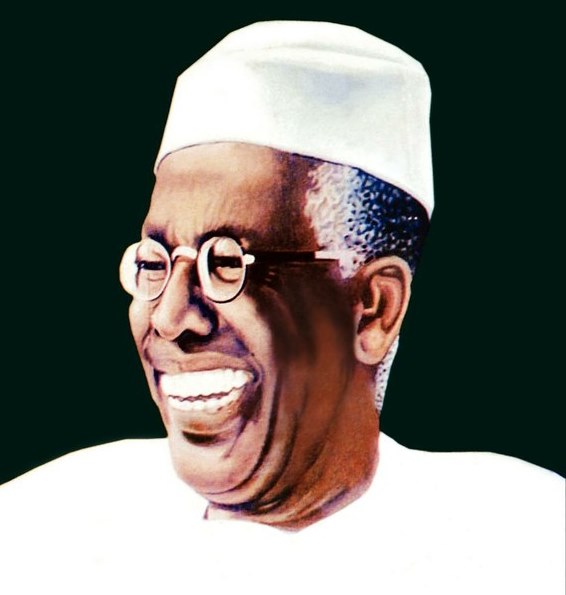 To CHRIS BIOSE, a free-lance writer, implementing late Chief Awolowo’s four cardinal programmes, nationwide, is the highest honour to the memory of one who did so much to improve the life of his compatriots.

As if to atone for their mistake in denying him the chance to occupy the highest political office in the land as he well deserved, to enable him transform the country for the benefit of the majority, and in appreciation of the invaluable services he rendered with the limited opportunity he had while yet with us, Nigerians are resolved to bestow adequate individual, group and national honours on the late leader. Hundreds of thousands of Nigerians have thus offered useful suggestions as to how best to honour our departed leader.

The Federal Government responded positively and has participated fully in the funeral arrangements spear-headed by some of the deceased’s lieutenants and the LOOBO states. It also gladdens the heart that the Federal Government has named one of the nation’s institutions of higher learning – UNIFE – after the great leader. These are, indeed, heartwarming and spontaneous expressions of the highest regard and the late leader’s family and disciples must feel most grateful.

Seen, however, from the point of view of the under privilege classes of the country, one can express the view that these agreeably laudable actions so far taken are largely cosmetic and symbolic insofar as they do not pertain to the root causes and key issues which ranked high in the thinking of this political giant. As the head of the state himself correctly pointed out, not very long ago, Chief Awolowo had been the main issue in Nigerian politics for the past 35 years. The true test must be: if Chief Awolowo were to reappear and request to make a wish, would be start talking of a funeral and names of schools and stadia? I trust not. Attractive as these might be, there were certain things which Awo consistently advocated in his life time, and for which people now openly express their admiration.

In this connection, it is most interesting to find that a good number of highly placed government functionaries at both federal and state levels have publicly acknowledged the wisdom of the four cardinal action programmes based on the late leader’s socialist political strategy for the country’s development and this, I submit, is where our major interest must lie. There seems to be a pervasive rediscovery of the rectitude of the socialist policies for which he always fought.

If this is truly so, and if one is not to be tempted to agree with those who see the unrestrained cutburst of expressions of admiration as hypocritical, then one should be encouraged to humbly suggest that the best way to honour Awo is for the federal authorities to act now to see that some core principles of the late leader’s socialist programmes are translated into concrete action. It is my humble view that the best way to honour a man is to do his wish. Let the authorities implement at least one Awo programme and name it as such.

To give honour where it is due, one must acknowledge with due appreciation the integrated rural development programme of the federal administration. There is at present a noticeable effort to improve access to the rural areas by a “massive programme of rural road construction and rehabilitation.” This is commendable but roads alone do not a civilization make.

Those who knew the late leader would confirm that he was a pragmatist who spoke mainly in action. In this respect, anyone of two under mentioned Awo programmes could be implemented as a specific mark of honour for the late leader.

1. With immediate effort, and as a minimum measure, the government should declare a free and compulsory secular education at primary and secondary levels throughout the country followed by a year of compulsory national services which will include military training for all Nigerian youths before going into the labour market or for tertiary education.

It should be borne in mind that this educational policy is not an end in itself. It is an essential instrument for promoting national political consciousness and eventual economic and technological take-off of the country. This could be specifically christened – The Awo Programme.

2. On a more holistic note, the administration could take the bull by the horn and declare Nigeria a socialist state and put a halt to all policies which increase and perpetuate inequalities; while instituting and vigorously pursuing policies which promote egalitarianism.

“The socialist system is preferable to the capitalist system, because it is devoid of the evils on the later, and is positively superior to it. This then, in my considered judgment is the path to economic freedom in underdeveloped countries.

“But it must be emphasized that there is an imperative and indispensable need for thorough and detailed planning, and stern discipline of body and mind to make the socialist system, and to ensure under it, effective and efficient mobilization, co-ordination, deployment and development of all the natural and human resources.

“.. my own considered verdict is that the path to economic freedom in developing countries is socialism.”

If any of these policy decisions is implemented with immediate effect, as a specific mark of honour for the revered elder statesman, then Awo,s name would be specially associated with the take-off of the Third Republic. If it is not done, the struggle will start afresh.

It has been said: “if you love me, keep my commandments.” Those who love

Awo should imitate his stern discipline, egalitarian programmes and work ethic. This will be the best way to honour the man Awo.