Triumph of Machiavellism? – Another view 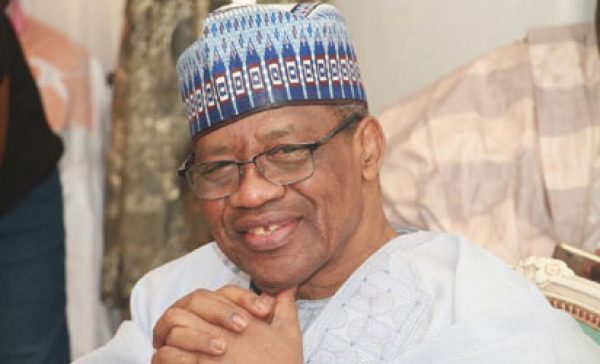 First Published in the Sunday Tribune, January, 1993 Page 11, Another view

The contribution of Mr. Ade Ade-Adekoye entitled “Triumph of Machiavellism?” (Sunday Tribune, 10/1/93), is a one-sided presentation of the political situation of the country. It is heavily bias military. This undisguised attempt to to cast the political class without exception in the toga of political devils while presenting the military class as political saints should not go uncorrected.

Reference to Machiavelli, Aristotle, Agar, Bacon, Addison, and Rousseau gives the impression that the writer is conversant with the history of political ideas. The educated elite have a moral obligation to be objective and impartial in their assessment of critical national issues. To do otherwise would be dishonest and a negation of any claim to intellectual (if not political and economic), leadership.

The purpose of this rejoinder is not to refute the ills of most Nigerian politicians. It is to reject the misleading conclusions arising from unfair comparison. The image of the military as saviours must be totally rejected in the Nigerian experience. If there must be comparative analysis, it is necessary to place the facts side by side, not in a lop-sided manner that ignores the tenets of fair comparison.

“Events of the past four months,” according to Ade-Adekoya “show that the politicians want the presidency come rain or sun, shine, snow or frost.” This must be viewed from the vantage point that the military have held power by force for 24 years out of the 32 years of Nigerian independence. Military obsession with power has several times taken such bloody dimensions that that hundreds of soldiers have lost their lives planning and executing coups-de-tat just to gain power, contrary to the letter and spirit of the law and the constitution of the state.

Since 1964, both the military and political leaders have been engaged in the struggle for political power. The striking difference is that while political leaders employ the use of money and persuasion to induce voters, military leaders rely on the barrel of the gun and absolute control and monopoly of the use of force, It is no wonder then that the soldiers have the upper hand in this struggle.

Things have come to a stage where the military class dictates the tune entirely and the disadvantaged political classes have found no answer to the power of the gun. The initial corrective justification of military interventionism has long since been debunked as self serving. Following this development, the military power structure has matured from wholesale reliance on force to sophisticated weapons of propaganda.

What is really bothersome is that there are still some Nigerian civilian elite who have been completely taken in by the massive propaganda against politicians aimed at justifying perpetuation of military rule. The logic of this propaganda is that since politicians have not learnt to play politics as required by the military interventionists, the only alternative is for the military to remain in power. This is a classic example of a falsehood that is repeated so often that even the victim of the lie accepts it as the whole truth. The trap here is the tacit assumption that the military has any business taking over power in the first place. It must be made clear that military takeover of government is the fundamental indiscipline. It is the original political sin.

Mr. Ade-Adekoya accused the politicians of “dishing out uncertainties, lies and fear.” What greater uncertainties have we experienced in our national life than the interminable transition programme of the past seven years. Strikes have assumed epidemic proportions. Doctors, nurses, university teachers, airways men, railway men, primary and secondary school teachers, all were at one time or the other forced to down tools to draw attention to their unbearable suffering. Even lawyer had to abandon the courts in Lagos and other states to protest executive disobedience of judicial decisions.

The economic indiscipline of the Shargari administration compares well with what the military has done to our economy before and after Shargari. Renowned economist, Dr. Pius Okigbo recently provided figures which illuminate the genesis of our economic profligacy. Between 1974 and 1979, under various corrective regimes, our external debt rose by 325% (from S1.6 billion to S6.8 billion). Shargari “improved” on this record by yet tripling the debt from S6.8 billion to S18.5 billion in only 4 years. From January, 1984 and 1991, the debt stock had risen to S33.4 billion. Place this side by side with outflow of resources from the country running at over N60.5 billion per annum since 1986 and the value of the naira has fallen by almost 100% since 1984. Given this scenario, wealthy Nigerians keep their wealth abroad. Chief Arthur Nzeribe showed some years ago that if wealthy Nigerians can be persuade to repatriate their wealth in foreign lands, our economic problem would be reduced to a manageable level. But this cannot take place because of political insecurity at home. Mr. Ade-Adekoya justifies the continued unwelcome military stay in power on the grounds that politicians have not learnt their lessons. “The political class fails to make the best use of the opportunity given it,” he avers. The question is who is teaching what, to who?

“How can a professional group trained in the management of violence, whose best known professional ethic can be summarized as “command, obey, force”, teach people to be democratic? Anyone educated in the simplest rudiments of democracy will realise that this is an absolute impossibility. No one can give what he himself does not have.

Think of an unelected Executive teaching democracy to politicians in one breath and in another breath banning elected members of the National Assembly from discussing crucial national issues, telling them what topics to discuss and legislate upon and what they must not discuss. What a way to teach democracy! Add to this the castration of the judiciary through a long list of obnoxious decrees which oust the jurisdiction of the courts and prevent citizens from obtaining redress when they are injured by the state.

We must agree in full with Albert Schweitzer when he said that “example is not the main thing in influencing others, it is the only thing.” Honestly now, where are we to get any example worthy of emulation in our political life today?

The truth is that far from being saviours,   the military has become, in the words of Major General David Jemibewon, one of the nation’s major problems. And I venture to add, far greater problem than the politicians.

Mr. Ade-Adekoya is sure as he puts it that “posterity will not forgive this generation of politicians”. Let him rest assured that the present generation of Nigerians is already unwilling to forgive the military politicians for drawing the hand of the democratic clock back in Nigeria and the African continent.