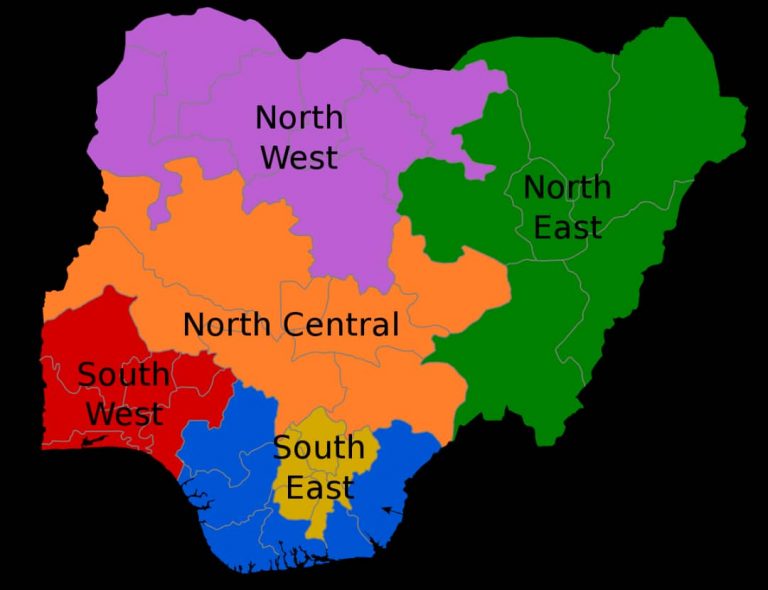 WHO EXACTLY IS NORTH?
by Chris O. O. Biose,
chrisoobiose@gmail.com

The idea of North as a political category features prominently in Nigerian politics. The question arises as to how far this all-pervading political North can be reasonably identified as a geographical, ethnic or religious concept.
In view of the fact that the defunct Northern Region consists of hundreds of ethnic groups as well as different religious groups, it is pertinent to interrogate the concept of North. One would wish to know exactly who northern elders refer to when they talk of North and whether “North” is truly a coherent and identifiable political unit that can be linked to political decision-making in the old Northern Region and the country as a whole.
In the run-up to the 2011 presidential election, some northern elders insisted that it was the turn of the north to produce the president of Nigeria in 2011. For this reason they argued, former President Goodluck Jonathan who is from Bayelsa state in South-South Nigeria, must not be allowed to contest the 2011 presidential election. The northern elders posed as protectors of “northern interest”.
On July 28, 2010, late Mallam Adamu Ciroma, who was then a leading member of the Peoples’ Democratic Party (PDP), led a delegation of northern elders to visit then Speaker of the House of Representatives, Hon. Dimeji Bankole at the National Assembly on the zoning controversy in the party. Other members of the delegation included Ambassador Yahaya Kwande, Senator Daniel Saror, Mrs. Rhoda Akor, Alhaji Abubakar Mahdi, Alhaji Usman Alhaji, Professor Isa Mohammed and B. B. Farouk.

The group claimed that “Northern political leaders were alarmed” by the prospect of Dr. Jonathan contesting the 2011 presidential election. Mallam Ciroma said that the insistence of Northern Elders’ Political Forum to have the Presidency zoned to north was aimed at “safeguarding the interests of the North as a vital and integral component of this country and the peaceful coexistence of the various components of the country.” (Ciroma, others to Bankole: North insists on zoning, THE NATION, July 29, 2010, front page and p 2)
As the 2023 presidential election approaches, the highly regarded former Vice President of Nigeria, Alhaji Atiku Abubakar, who is presidential candidate of the PDP for the 2023 presidential election was in Kaduna on October 15, 2022, to appeal for support of the same “North” to help him win the Nigerian presidency. Atiku went further than late Mallam Adamu Ciroma about 13 years earlier, when he told an assemblage of venerable Northern leaders not to vote for Yoruba or Igbo candidates, emphasising that North “doesn’t need a Yoruba or Igbo candidate. (Ifreke Inyang, 2023: Northerners don’t need Yoruba, Igbo candidates – Atiku, DAILY POST online, October 15,2022)
In addition to overwhelming political influence of North, a lot is said about monopolistic control of the Nigerian economy by the same North. For example, sometime in 2013, Senator Ita Solomon Enang, representing Akwa Ibom North East Senatorial District and who was also Chairman of the Senate Committee on Rules and Business in the Senate, alleged that Northerners owned 83 per cent of oil blocs in the Niger Delta. (83% of Nigerian oil blocs owned by Northerners – Senate Committee chair, PREMIUM TIMES, March 6, 2013).

Could this economic and political Leviathan called North include 12 million Almajirai, a class of homeless children, abandoned by their parents and northern state governments, to face extremely harsh struggle for bare survival by begging or being recruited to fight for their political oppressors?
Could this North include the Tiv of Middle Belt who have been at the receiving end of unrelenting feudal oppression since the Tiv crisis (1960 to 1966), renewed by the even more ferocious onslaught by armed Fulani herdsmen which has persisted since the Agatu massacres of February 2016?
Does this North include the long-suffering Atyap of Zangon-Kataf of Southern Kaduna, and their leaders such as Major General Zamani Lekwot (retd.) who, along with 16 of his Atyap kinsmen, was once sentenced to death by a kangaroo Special Military Tribunal, without fair hearing and without right of appeal? The military junta later commuted his death sentence to five years imprisonment before he was granted state pardon by late General Sani Abacha.
How far can several oppressed ethnic minorities in Southern Kaduna State who have been subjected to serial murders and massacres, which intensified since 2015, be included in North?
Does this North include millions of Christians in that sub-region who are victims of unmitigated discrimination in admission to schools and political patronage? “North” is an area where over 11 500 Christians were killed between June 2015 and April 2020, according to Patrick Tyrell of Magaret Thatcher Centre for Freedom, citing Genocide Watch (Patrick Tyrell, The Horrific Killing of Christians in Nigeria, The Heritage Foundation online, December 2, 2020).
In spite of the fact that some Middle Belt elite are regularly recruited to join the ranks of feudal lords that call the shots in Nigeria, how far does it make sense to continue to include the Middle Belt as part of North?
Linguistic and cultural diversity apart, the vast majority of people of the Middle Belt does not share the same worldview with the ruling class in the core Northern area, which derives essentially from Islamic culture. The resistance of some Middle Belt ethnic groups against submerging them into Islamic culture is one of the most enduring chapters in Nigerian history.
The hegemonic political power in Northern Nigeria takes it for granted that the Tivs, Katafs, Nupes, Jukuns, Igalas, Berom, Idomas and hundreds of other minorities in the Middle Belt have no choice but to remain subservient parts of Northern Emirates where a tiny but coherent ruling class that controls the levers of political power will always lord it over disunited minorities.
The demand for self-determination by the Tivs, Bchamas, Berom, Angas, Junkuns, Katafs and Gwaris in the old North marked a decisive stage of minority struggle for self-determination in the country. It is on record that the first-ever motion for the creation of a separate state in the Northern Region was tabled on Tuesday, March 6, 1956, on a motion by Mallam Ibrahim Imam, a Kanuri man who represented Tiv Division in the Northern House of Assembly, for the creation of Middle Belt State. The motion was defeated by 68 votes to 2, with 5 abstentions.
Again, on Tuesday, February 26, 1957, a second motion was tabled by Bitrus R. Pam of Jos for the creation of a Central region. It was defeated by 98 votes to 2, with 3 abstentions.
The struggle of Middle Belt minorities for a space under the sun in their homelands continues to make news today with daily reports of horrendous attacks on Katafs, Tivs, Biroms and others by hostile groups who desire to take over the Tiv homeland in Benue State. Under this condition, how can a Tiv man or anybody from Kogi State call himself “North”? Whether in a geographical, ethnographic or cultural sense, such classification does not make sense.
It is particularly instructive that when 12 Northern states of Zamfara, Sokoto, Katsina, Kano, Jigawa, Yobe, Borno, Kebbi, Kaduna, Gombe, and Bauchi adopted Shari’a Law as state religion between January 2000 and June 2001, the Middle Belt states were not involved, except Niger State.
This is very significant because it shows that in spite of the Fulani jihad of 1804 to 1809 that conquered the Hausa states, and over 100 years of jurisdictional pressure from the Sokoto Caliphate that controls the Northern area, the Middle Belt remains largely outside the social, cultural and ideological orbit of the Islamic-Arab world as represented by Islamic theocratic movement in Nigeria.
Clearly, the Middle Belt is linguistically, culturally and politically distant from Sharia states of the core Northern Area. The crisis over continued inclusion of Middle Belt in North broke into the open once again when Northern elders consistently included the Middle Belt as part of North that viciously opposed the emergence of Dr Goodluck Jonathan as President of Nigeria in 2011.

In the run up to the 2015 presidential election, the Middle Belt bluntly refused to join Northern elders in their persistent attacks on former President Jonathan. Rather, the region sought to establish a separate identity from the political myth of “one North”. According to THISDAY, the name Middle Belt “is a stinging rejection of the entire behemoth called Northern Nigeria, with all its oppressive glory.” (Emmanuel Bello, Nigeria: North v Middle Belt – Royal Rumble 2015, THISDAY online)

A foundation member of the PDP and former Military Governor of old Plateau State, Major General Lawrence Onoja (retd) was categorical. In answer to a question by THE NATION reporter whether he would support a Northern candidate in 2015, the retired Major General said:
“There is a misconception. The North of the sixties when Sarduana was alive is no longer the same North today. Let me correct you that misconception. I am from the Middle Belt, which is a geographical reality today. I am an active member of the Congress for Equality and change, which is a non-political association. I am also a member of the Middle Belt Forum. So, if you say I am from the North, and you are referring to the old North yes, I am from the North. But now, the Middle Belt is a geographical reality and I am a member of the Middle Belt. I am not from the core North”. (Emmanuel Oladesun, Middle Belt’ll not support power shift to North, THE NATION, August 20, 2013)

Several Middle Belt groups have rejected the title North-Central and chosen to be referred to as Middle Belt and insisted that they would sustain an independent political course. The appellation also reflects the wishes of the people of the region. In this wise, the President General of the United Middle Belt Youth Congress (UMBYC), Abuka Onalo Omo-Baba, firmly declared:

”…When they say power to the North, none of the governors past or present from the Middle Belt can present themselves. They will either point their colleagues in Sokoto, Kebbi or Bauchi. So they have continued to enslave the Middle Belt people and this why the United Middle Belt Congress, says no.” (THREAT TO DUMP JONATHAN IN 2015: Northern govs bluffing – Middle Belt groups, Vanguard, April 16, 2013, pp 1 and 5).

An extremely crafty and heartless set of feudalists consistently deceive the masses by preaching “One North” while actively impoverishing the commoners in that region and creating the highest concentration of human beings afflicted by extreme poverty on the surface of the earth. A World Bank Report entitled Advancing social protection in a dynamic Nigeria released on January 28, 2020 stated in part: “Almost half of all the poor lived in the North-West and the North accounts for 87 per cent of all the poor in the country in 2016.”
Apparently, a tiny but powerful and hegemonic class of feudal lords usurps the concept of North to intimidate and manipulate the bulk of the population of the old Northern Region and through that means, the entire Nigerian political class. This is a classic political ruse purposely designed to confuse and win over the unwary in that part of this unfortunate country.
Nigeria needs political leaders with capacity to empower the masses with access to liberal education and skills which are prerequisite for development and productivity. A genuine leader will endeavor to build national unity, not exploiting primordial sentiments to win undeserved support from a predominantly illiterate the impoverished population.
A genuine presidential candidate is obliged to meet authentic representatives of 371 ethnic nationalities that make up Nigeria as listed in the 1976 Federal Government ethnographic survey of the country. He must meet and identify with interests of significant groups in the country such as youths, students, women, farmers, professionals, teachers, health practitioners, workers in general. Oppressive Nigerian masses must wake up. Enough of the mass deceit!

A MESSAGE for CHRISTMAS

A MESSAGE for CHRISTMAS